Dealing With Your Child Being Bullied

This is the story about my son getting bullied when he was a first grader, there are more links at the bottom that follow the story and one for a resources page. I feel very strongly about bullying and I hope that these posts will help you if you are dealing with it. The happy ending is that he is now a 6th grader, well liked to the extent that our house is THE place to hang out. He is also an orange belt in aikido and he has used it a couple of times which had nipped things in the bud before turning into something worse.

This post is number my 2169th plus I have written numerous guest posts over the years, this was by far the hardest to write but I did it because I want you to help.

A parental nightmare. This is one of the things I have been dreading the most, living in Japan where bullying is widespread and having a kid that doesn’t fit in the same mould as everyone else, I have been worrying that this will happen somewhere along the line.

So, yesterday Ebi-kun gets home from school, not super happy but not in such a bad mood either. He has a drink and snack and gets started on his homework. The doorbell goes and at the door were 3 moms, one of which I kind of know, she speaks English and her boy and Ebi-kun have played football together in the past.

She explains that one of the other moms was driving home and saw 2 boys hitting and kicking Ebi-kun plus there were other kids nearby but no-one was stopping to help. She stopped the car and shouted at the boys to stop, they didn’t do so immediately because they were so involved in what they were doing.

The mom was concerned about Ebi-kun, so she asked around to find out who he was and where he lived and enlisted the help of her neighbour (the English speaking mom). We asked Ebi-kun about it but he sort of shrugged it off and said it was nothing, he was OK. I could see the moms were really concerned and obviously she thought it was serious if she had taken the time to track us down plus she wanted to report it to the school.

So, the moms left and I talked to Ebi-kun, the 2 boys concerned are in his class, and apparently it happens quite often, in his words “I have sort of got used to it”, as he was saying it my heart was breaking.

I called my husband, he wanted to talk to the mom, so we went to find her. She came back round to our house and spoke at length with my husband (on the phone), turns out her son had been bullied too so she was extra concerned. She then talked to Ebi-kun, she ended up in tears telling him that it is not OK and that it has to stop before something really bad happens, gives him a big hug. I am standing there trying to stop myself from bursting into tears, half of me wants to take him inside and never let him out again, the other half wants to go and show the bullies what it is like being on the receiving end, which I know isn’t the answer but that is how I felt.

Next, my husband called the school and talks to sensei, he says that he will go round to the bullies homes and talk with them now. Ebi-kun then admits that he is worried about the bullies getting in trouble because they might do something bad to him. Sensei also wanted to know who the other kids were but Ebi-kun didn’t know, so there is a lot of calls back and forth.

Finishes with a call to the house from sensei, who talks to Ebi-kun, telling him that the bullies will apologise the next day. I’m not sure what will happen next, sensei will probably call or write in the diary what happened and what has been done about it. There has been a recent spate of reports here about bullying and kids committing suicide so I feel like the school will be taking it seriously.

Ebi-kun is the kind of kid who doesn’t get into fights, he doesn’t hit people because he gets worried he will hurt them so this kind of situation really worries me. We have found an Aikido class, so we are going on Sunday to try it out at the very least he will be able to defend himself.

A few weeks after the first incident another neighbour came to the house on the Sunday evening to tell us that her daughter had heard some kid calling my son ‘gaijin’ (a disrespectful term for foreigner). This was straight on the heels of the last incident and I went ballistic! So, my husband took the next day off work and first thing in the morning called the school and asked for a meeting with the headmaster. The headmaster was not at the school in the morning but they asked us to go in at 4pm.

I have to say, the school were great! Considering that this school will be in one of the biggest elementary schools in Japan come April, I thought it was amazing that the headmaster, deputy head and Ebi-kun’s form teacher all took time out to meet with us and hear our concerns.

We talked about what had been happening and how it was affecting Ebi-kun’s confidence, told them that sometimes at night he says he doesn’t want to go to school – and for a kid who loves learning that is a hard thing for him to say. They asked us what we wanted them to do and they listened to our suggestions and we discussed the best plan.

We also demonstrated the crumpled paper message (video below) and to be honest, I got the feeling that they thought I had lost the plot!

One thing that came out of the meeting was that the headmaster said that he knows bullying goes on in the school, in every school not just his, but unless they catch the kids in action they can’t do anything about it.

They were actually happy that we, as parents had come forward to speak to them about it, he went onto say that often they don’t hear from the parents and what the child is saying or how they are acting at home. So if the child doesn’t tell anyone, the school can’t step in and fix the problem.

This brings me round to the next few posts, I want to concentrate on bullying and what we as parents and teachers can do to help our kids, this week I will be adding resources and I have a confidence coach helping out too.

Anyway, following week, after the meeting with the headmaster, Ebi-kun came home with a note from his sensei thanking us for the crumpled paper demo and said they had performed it at the school assembly that day. I think we are really lucky to have this headmaster and he must be considered to be good at his job to have responsibility of such a big school. I hope he uses his position to help other headmasters tackle the bullying problem in such a positive way. If you do think your child is being bullied or you see a child being bullied in the park or on their walk home, please let the school know, so they can help from their end.

This brings me to a request, you may have already seen this or a variation of it, the crumpled paper bullying lesson, it has done the rounds on facebook a few times.

How many of you thought “That is a neat way to teach about bullying”?

But did you then showed your kids, did you teach them?

If not, please do it today.

Please take the 4 minutes to show them the video and a few minutes to talk it through. Those 10 minutes could make a huge difference to a little kid like Ebi-kun. If that mom hadn’t seen what was going on, and who knows how many other have and turned a blind eye, I might have been writing this with a far worse tale to tell.

If your child sees someone being bullied, they need to know that it is their job to step up and take some responsibility, to step in and stop it or at the very least, tell someone.

If your child is the one doing the bullying, they need to understand the amount of damage they are doing, that it is not OK and that the physical scars may heal but the person they have bullied will be damaged for a long time, if not forever.

Normally I ask you to leave a comment, today I want you to share the crumpled paper lesson with your kids and share the post with anyone you know who has kids, at least then the 74 tissues and tears on the keyboard will not have been wasted. Tips and Resources for Bullying: Find You Inner Lion

Tips and Resources for Bullying: Find You Inner Lion 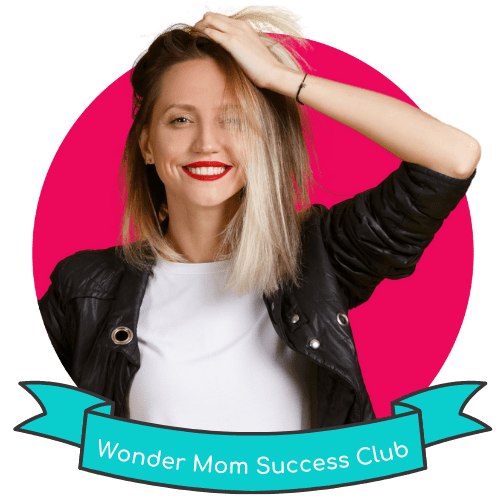